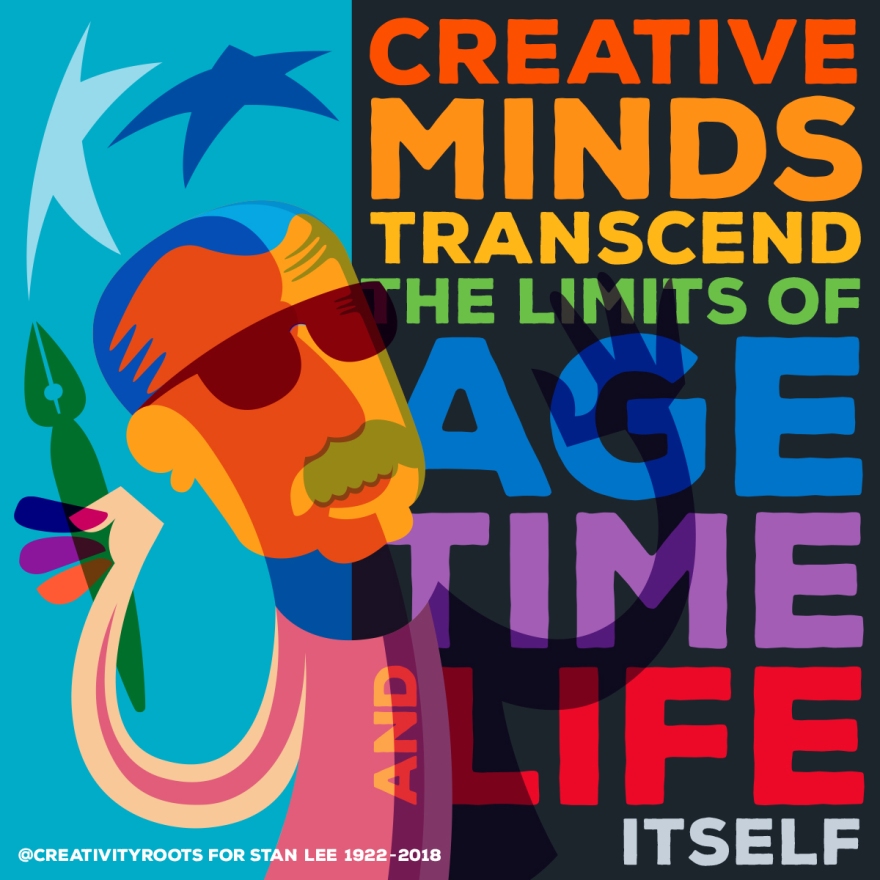 If we need to make a list of the most prolific, committed and disciplined creators of our lifetime Stan Lee would be at the very top. A man who still at the age of 95 was still capable of fantasizing and creating like a 10-year-old child would do, unlike many 10 years-old children nowadays.
Yesterday we woke up to the news that Stan Lee has left us and although it was not surprising given his age is still hard to think that we won’t be enjoying his surprising appearances in our favorite movies, even harder is to imagine a world without his characters and stories.

Stanley Martin Lieber, dedicated literally his entire life to his creations, from an early age when his job consisted on fueling the ink containers for illustrators, erasing the pencil out of the drawing at the new Timely Comics division of Pulp Magazine in 1939, which later in 1960 would become Marvel Comics where he would work for his entire life.
His debut as write was the filler text for “Captain America Foils the Traitor’s Revenge” in Captain America Comics #3 in 1941.

Stan Lee knew how to maintain through his life his amazing creativity awake by being disciplined, passionate and committed, but most importantly by keeping a playful mind a young heart and by overcoming the limitations that sometimes society, culture, time and age impose on us, or we let ourselves to be imposed on us.
Let the great Stan Lee be an example of how we can enjoy a lifetime of creativity and die doing what we love the most.